Introduction
Do you want a cover crop that will increase organic matter, provide nitrogen, grow in low fertility sandy soils, and does not harbor nematodes? Sunn hemp (Crotalaria juncea L.) is a legume that when grown as a summerannual can produce over 5,000 pounds of biomass and over 100 pounds of nitrogen per acre. Farmers only need 8 to 12 weeks of frost-free growth conditions to receive these results. Using a winter cover crop/green manure is a conservation practice that provides soil-improving characteristics. A common problem however, is that the relatively short period between cash crop harvest in the fall and planting the following spring can result in less than optimum biomass production of the cover crop. Sunn hemp, because of its rapid growth and relatively short growing season requirement, can be an excellent alternative. Where conditions
are favorable, it can provide the benefits of a winter legume prior to a killing frost in the fall and also in the summer after the winter crop has been harvested. 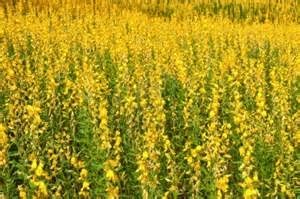 Origin of Sunn Hemp
Sunn hemp originated in India where it has been grown since the dawn of agriculture. It has been utilized as a green manure, livestock feed, and as a non-wood fiber crop. It has also been grown in Brazil and Bangladesh as a soil-improving crop. Research with sunn hemp has been conducted in the United States since the 1930s, where it was reported to be excellent in improving soil conditions
(Cook and White, 1996). However, suitable areas for seed production were limited to mostly southern Texas. The difficulty in producing seed in other parts of the United States caused many farmers to abandon growing the crop. The USDA-NRCS and the University of Hawaii Institute of Tropical
Agriculture and Human Resources cooperatively released the cultivar ‘Tropic Sun’ sunn hemp in 1983.

Adaptation
Sunn hemp is a tropical or sub-tropical plant that when grown in the continental United States performs like a summer annual. However, it will grow year round in Hawaii below an elevation of 1,000 feet (Rotar and Joy, 1983). Sunn hemp is adapted to a wide range of soils and performs better on poor sandy soils than most crops. It is for such situations that it has attracted attention. It grows best on well-drained soils with a pH from 5 to 7.5.

Good Crotalaria vs. Bad Crotalaria
Because sunn hemp is a member of the Crotalaria genus, some people may be concerned about the appropriateness of its use as an agricultural crop. These concerns are not warranted just because it is in the Crotalaria genus. For example, Johnsongrass (Sorghum halepense L.) is a major weed in most
farmers’ fields while grain sorghum (Sorghum bicolor L.) is an important agronomic crop. There are more than 600 species of Crotalaria throughout the world. Over 500 species have been described, and it is estimated that an additional 100 species are not yet identified. Sunn hemp (Crotalaria juncea L.)
is the fastest growing and most important species of the Crotalaria genus. All Crotalaria are good at producing biomass and fixing nitrogen. They are resistant to nematodes, and can grow on droughty soil with low fertility. However, some species, like Showy Crotalaria, (Crotalaria spectabilis L.) are
considered noxious weeds because their soybean size causes difficulty in separating the seeds from soybean at cleaning. Also, many species of Crotalaria contain toxic alkaloids in the seeds. In earlier strains of sunn hemp, trichodesmine was identified as the principal toxic alkaloid. Studies have
shown poisoning from these earlier strains can occur in both horses and pigs. Showy Crotalaria has been shown to be poisonous to most livestock. The ‘Tropic Sun’ sunn hemp cultivar is non-toxic to poultry and livestock as shown by laboratory tests and feeding trials (Rotar and Joy, 1983). In addition, since sunn hemp will not set seed consistently north of 28° N latitude (slightly north of Corpus Christi, TX), it has little potential for becoming a weed. 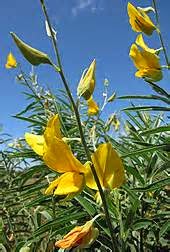 Sunn Hemp Uses and Benefits
Sunn hemp has been used extensively as a soil improvement or green manure crop in the tropics because of its ability to produce large amounts of biomass in as little as 60 to 90 days. Because of this, it has the potential to build organic matter levels and sequester carbon. Also, as a legume it can fix large amounts of nitrogen. Used as a cover crop, sunn hemp can improve soil properties, reduce soil erosion, conserve soil water, and recycle plant nutrients. ‘Tropic Sun’ is also resistant to root-knot nematodes. Other potential uses for sunn hemp are forage, paper fiber, and as alternative fuel crop (Rotar and Joy, 1983).

Organic Matter Builder
Rotar and Joy (1983) reported ‘Tropic Sun’ sunn hemp reaching heights of over 4 feet in 60 days and over 6 feet in 90 days in Hawaii. Biomass production in Hawaii reached yields as much as 6,000 pounds in 60 days. Mansoer et al. (1997) conducted cover crop studies in Alabama and showed similar results. ‘Tropic Sun’ was planted in August or early September after corn harvest and was grown as a cover crop/green manure crop until wheat planting (early December). Biomass production achieved an average of 5,200 pounds in 9 to 12 weeks over a two-year study at two locations in Alabama. This compares with 4,300 pounds per acre with hairy vetch (Vicia villosa L.) and 4400 pounds with crimson clover (Trifolium incarnatum L.) (Mansoer et al., 1997). Ground cover from the “Tropic Sun” averaged approximately 96 percent at mowing and approximately 65 percent soil
coverage 16 weeks later (mid-April). This amount of residue will provide erosion control and promote increases in organic matter accumulations in no-till or conservation tillage systems.

Nitrogen Producer
In Hawaii, Rotar and Joy (1983) reported ‘Tropic Sun’ added 134 to 147 pounds of nitrogen per acre after 60 days of growth. In Alabama, Mansoer et al. (1997) reported an average of 126 pounds of
nitrogen in 9 to 12 weeks. With this large amount of nitrogen produced, whether in spring, summer or fall, a crop such as small grain should follow sunn hemp to utilize the symbiotically produced nitrogen. However, in the study conducted by Mansoer et al. (1997), 38 percent of the N in biomass remained available for corn planted in mid-April, 16 weeks after the sunn hemp was mowed.

Potential Crop
‘Tropic Sun’ sunn hemp has promise as an alternative to winter legume cover crops as an organic matter builder and as a symbiotic nitrogen producing legume. Warm weather (frost-free) is needed for 8 to 12 weeks to provide biomass and nitrogen. Small grains grown following sunn hemp can utilize the symbiotically produced nitrogen, thus reducing or eliminating the loss of nitrogen. Although sunn hemp is bested suited to southern climates, other Crotalaria, like Showy Crotalaria, has been grown as far north as northern Virginia (McKee and Enlow, 1931). Sunn hemp could also be used in rotations with kenaf (Hibiscus cannabinus L.) for non-wood fiber production. Kenaf is susceptible to rootknot nematodes while sunn hemp is resistant. Sunn hemp could be used after early season vegetables, tobacco, and small grains or other winter crops (Canola) in the summer or after corn in
southern climates and prior to winter small grains. Hawaii and other tropical regions can grow ‘Tropic Sun’ as a full season crop. To establish a successful stand, seed should be broadcast or drilled and covered ½ to 1 inch deep. If broadcast, seed at a rate of 40 to 60 pounds of live seed per acre. If drilled, the rate should be 30 to 50 pounds per acre in 6- inch rows. The higher rates should be used if the crop will be terminated in less than 60 days or if severe weed competition is expected (Rotar and Joy, 1983).

Seed Supply
Currently, the supply of sunn hemp seed is limited due to few growers and the need for the plant to be grown in tropical regions to produce seed. Currently, limited supplies of seed can be obtained from the University of Hawaii and www.groworganic.com. If sufficient demand develops, it may be
possible to produce seed in areas like south Texas or south Florida. The NRCS does not endorse any certain company over another.

Conclusion
As a cover crop, sunn hemp can produce 5,000-6,000 pounds of biomass per acre in southern climates in 60-90 days. It also can produce 120- 140 pounds of nitrogen in the same amount of time. It provides the benefits of a cover crop such as erosion control, soil improvement, plus resistance to rootknot nematode. It requires warm weather for 8 to 12 weeks. It will be advisable to grow crops such as small grains after it because of the nitrogen production.

mtom said…
Greetings, super job, basically wasnt so busy with my searching I just read your full blog. I must say i have to express gratitude! https://royalcbd.com/faq/

ferindo said…
Aw, it was a really good post. In idea I would like to devote writing such as this additionally – taking time and actual effort to generate a great article… but exactly what do I say… I procrastinate alot and by no means appear to get something done. Marijuana

Popular posts from this blog 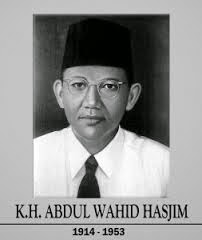