- September 24, 2011
Palm (plant), common name for a family of woody flowering plants widespread in the tropics. They are of great economic importance because of the food, fiber, and oil they provide, and because of their ornamental uses. The family is the only member of its order and contains about 2,600 species, making it the fourth largest among the monocots, after the grasses, lilies, and orchids.

Palms have a characteristic growth form: a single, unbranched trunk topped with a tuft of fanlike or featherlike leaves. The flowers are borne in axillary clusters (inflorescences), and a large, interwoven mass of roots occurs at the trunk base. The trunks of palms, like those of other monocots, have no secondary growth; thus, the diameter of the trunk does not increase with the age of the tree, as in dicots. The growing tip of the trunk instead is built up into a large mass in the seedling stage, and maintains that broad width as the trunk matures. Bundles of vascular tissue are scattered throughout the trunks. The leaves of palms, often large, are formed a few at a time at the stem tips. They have large, sheathing bases that may leave semicircular scars on the stems when they fall off. The leaf blades are folded in a distinctive fashion called plicate.

Flowers of palms are usually individually inconspicuous but are often borne in great masses, some containing as many as 250,000 flowers. Flower parts are in threes, with three sepals (outer floral whorls) and petals (inner floral whorls) and six stamens (male flower parts). The pistil (female flower part), which usually consists of three separate or fused carpels (egg-bearing structures), matures into a single-seeded fruit that may be either a berry (a seed surrounded by a fleshy covering) or a drupe (a seed with a stony layer surrounded by a fleshy covering).

Palms are overwhelmingly tropical in distribution. They occur there in habitats that range from lowland rain forests to high mountains, and from deserts to mangrove swamps. Their distribution in the tropical zones, however, is uneven. About 1,400 species occur in tropical Asia, whereas only about 120 occur in Africa. Another 130 species occur on Madagascar and other nearby islands in the western Indian Ocean near Africa, and about 950 species occur in the American tropics.

Palms are important sources of foods such as dates (see Date Palm), coconuts, and sago. Copra and coir, which are useful fibers, raffia, and rattan fiber also come from palms. The oil palm, native to West Africa but widely cultivated, has become a source of the vegetable oil used in making margarine and soap and in cooking. Palms are grown as ornamentals in tropical and subtropical regions, and many smaller species are used as houseplants.

Popular posts from this blog 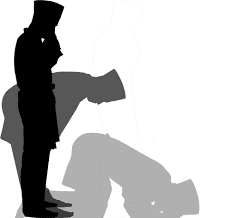 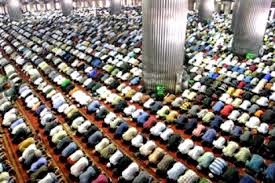